Writing a few words about my job or talking about it is always a challenge and I very much appreciate this opportunity. I want to thank the guys from FOMEI for their support and positive attitude. I mainly focus on portrait, lifestyle, and sports photography and for this occasion I chose the photos I enjoyed creating the most. In the following lines I will try to tell you their story and explain how I set my equipment to take them. 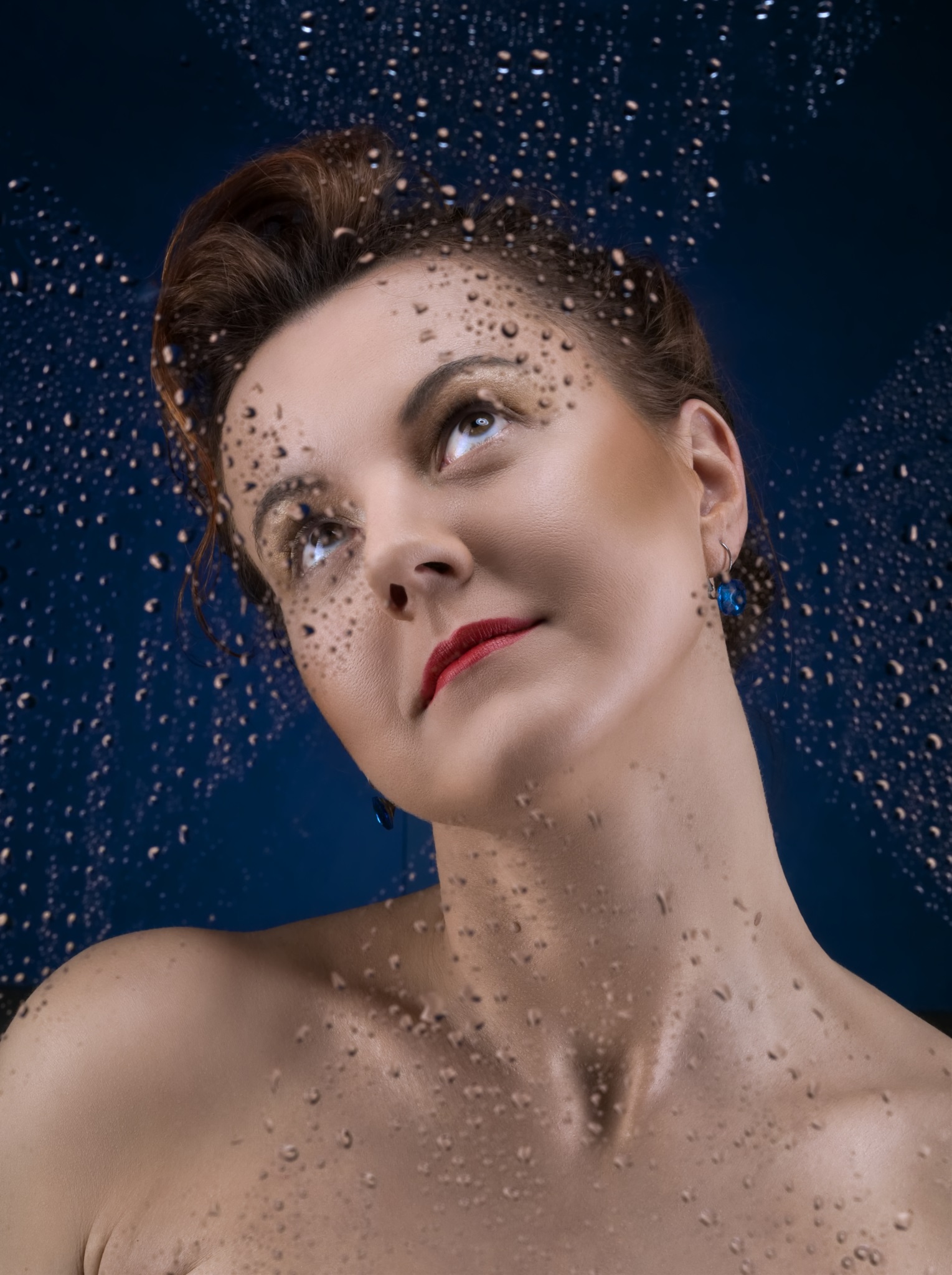 Sometimes I don’t need to look far to come up with new ideas for photos and to put them into practice because I have an amazing wife who is always full of ideas. And when the weather’s not doing us any favours, we give a go to new ideas at home. That’s how this photo was created as well. It wasn’t exactly a piece of cake. I photographed this portrait through clear plexiglass that had been sprayed with water to increase the effect. I do not own studio flashes, I use Terronic Power Flashes. I put on a beauty dish from the front above the scene. I had one LED panel behind the figure, in order to light the fabric which created the background. There was a second LED panel to provide more light for the face and to enable me to properly manually focus. I put strip boxes from the left and from the right side of the model.

The preparation for the photo shoot took about 2 hours. The hardest part was adjusting the plexiglass, so that there were no reflections from the light and the face was illuminated in the right way.
The camera settings when using a 45mm lens were ISO 250, f/10, and 1/200 sec. It took 2 more hours to do post-production in Affinity Photo. It was a great experience and I like the photo mainly because it is different from the others in my portfolio. I thank my wife for her tremendous patience during this photo shoot. 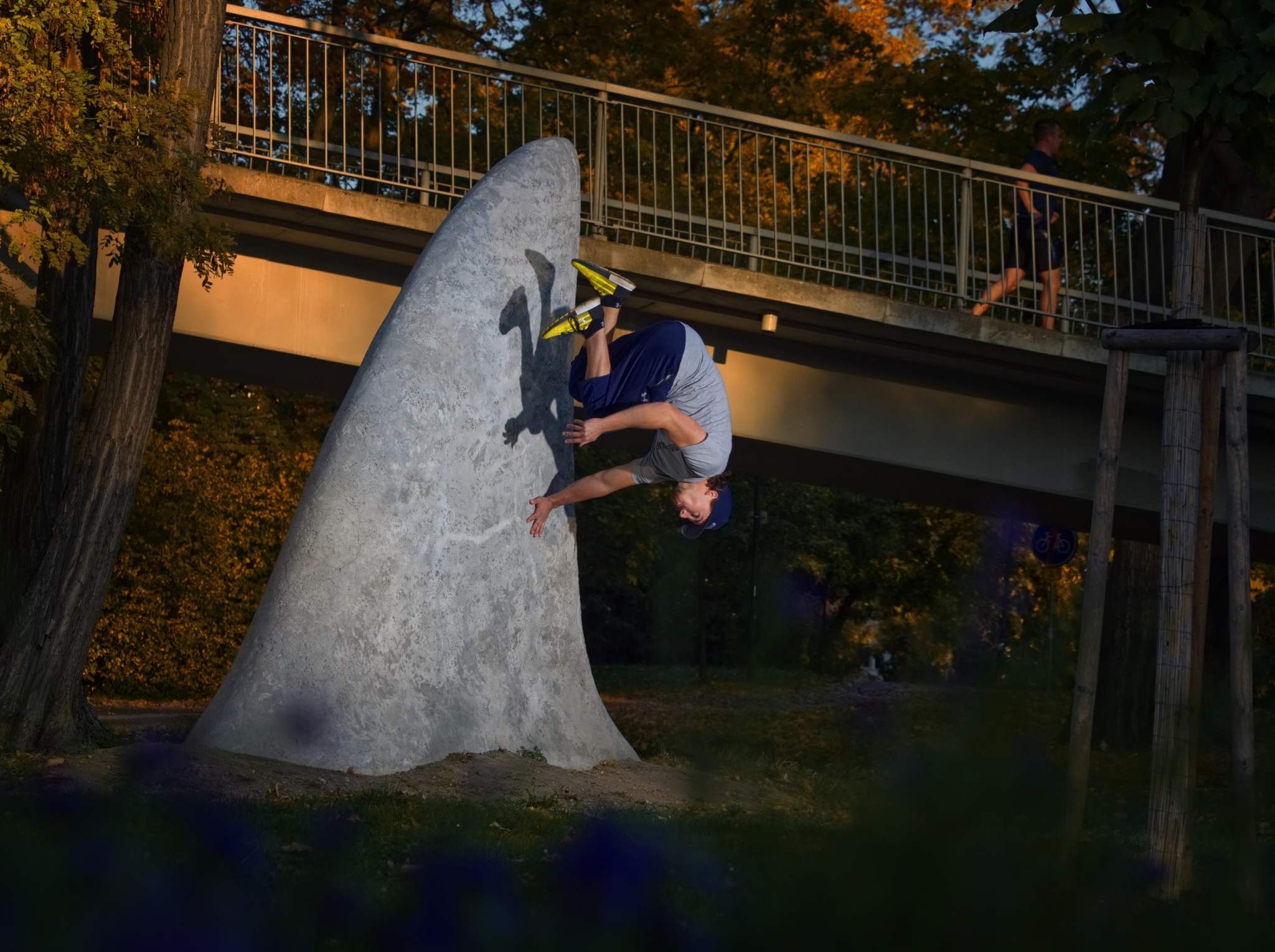 Shooting with Honza Kaňůrek was so much fun. Honza is a pro and he puts 100% effort into everything he does. When I learnt there was an exposition of various sculptures in Olomouc, I immediately got an idea to make a good (or shall I say inappropriate?) use of them.
For the shooting, we chose two places: a huge shark fin in a park and a giant wheel made of metal plates in a square that was created by a friend of mine, artist Honza Dostál.
We wanted to manage everything as fast as possible, because the weather was changing every minute and also because we didn’t want to get caught by the police :D

To create this photo, I used two Power Flashes, Olympus OM-D EM1 MK2, and a telephoto lens. At first, I had to find the best angle and the shooting distance, and then to adjust the position of the flashes accordingly. I didn’t want them to show in the shot, but I also needed them to illuminate Honza sufficiently.

The next thing to solve was timing – I needed to get the shot of the best position against the obstacle. When I use flash in sports photography, I consider every tenth of second. I know I mustn’t neither miss, nor hurry the shot because I only have one try at a time to get the right moment. With every other try, the athlete gets more and more tired. Here we needed 10 attempts to make both of us satisfied.

The camera settings for this photo were as follows: ISO 200, f/4, 1/250 sec, and 57mm (telephoto).
P.S.: There was no disruption from the police and during the photo shoot in the square, Honza received applause for his great performance from the passers-by. 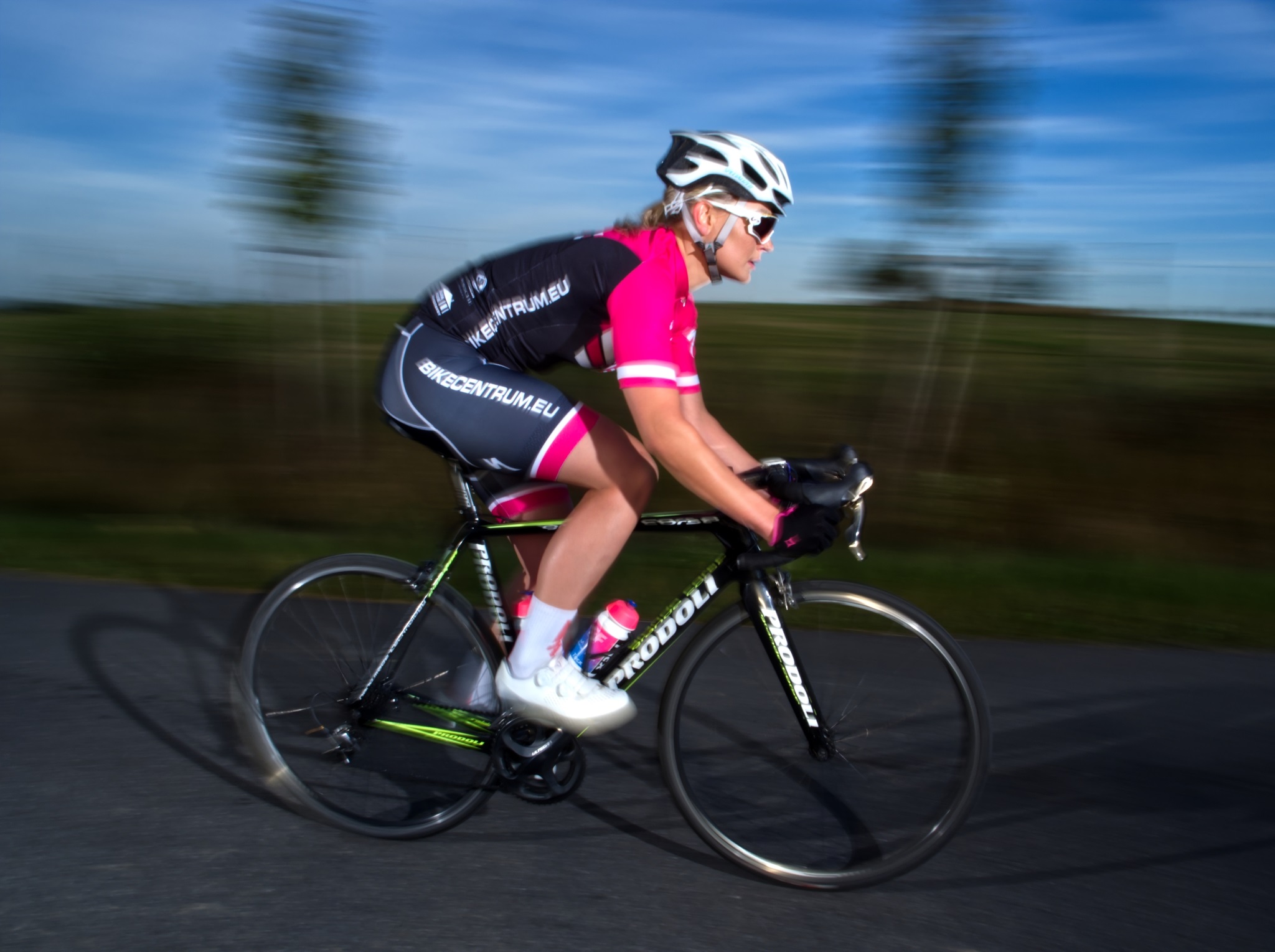 I think this photo has been my greatest recent challenge because even though I shoot sports photography, I had never used this method before. Panning was a great unknown to me, which made it a proper challenge. Theoretically, I knew how to do it, but in practice, I wasn’t sure at all. We found a great place for shooting. Kateřina picked it herself as it is her regular route. It was fun because she told me that no bikers except for her ever went there and therefore it was a perfect place for us. However, there was someone passing by all the time during our photo shooting. At first, I made several attempts with only one flash, but it still wasn’t what I wanted, so I set up another flash.

The weather was not pleasant at all and the wind was blowing cold. I must take my hat off to Katka who was brave enough to ride in short sleeves. I used the widest 12mm lens to achieve the best effect possible and to get everything I needed into the photo. Katka rode past me in about 1-meter distance in full speed. I was standing between two flashes: the one in the front was about a meter from me and the other was close behind me because I needed to light the whole figure and the bike. With the camera, I made a movement from left to right to copy Katka’s movement. The flashes were set to full power because there was a lot of light and I needed to close down the aperture quite a bit and to set a slower shutter speed. The final settings were ISO 100, f/22, and 1/40 s + 2 flashes at full power (400 Ws). 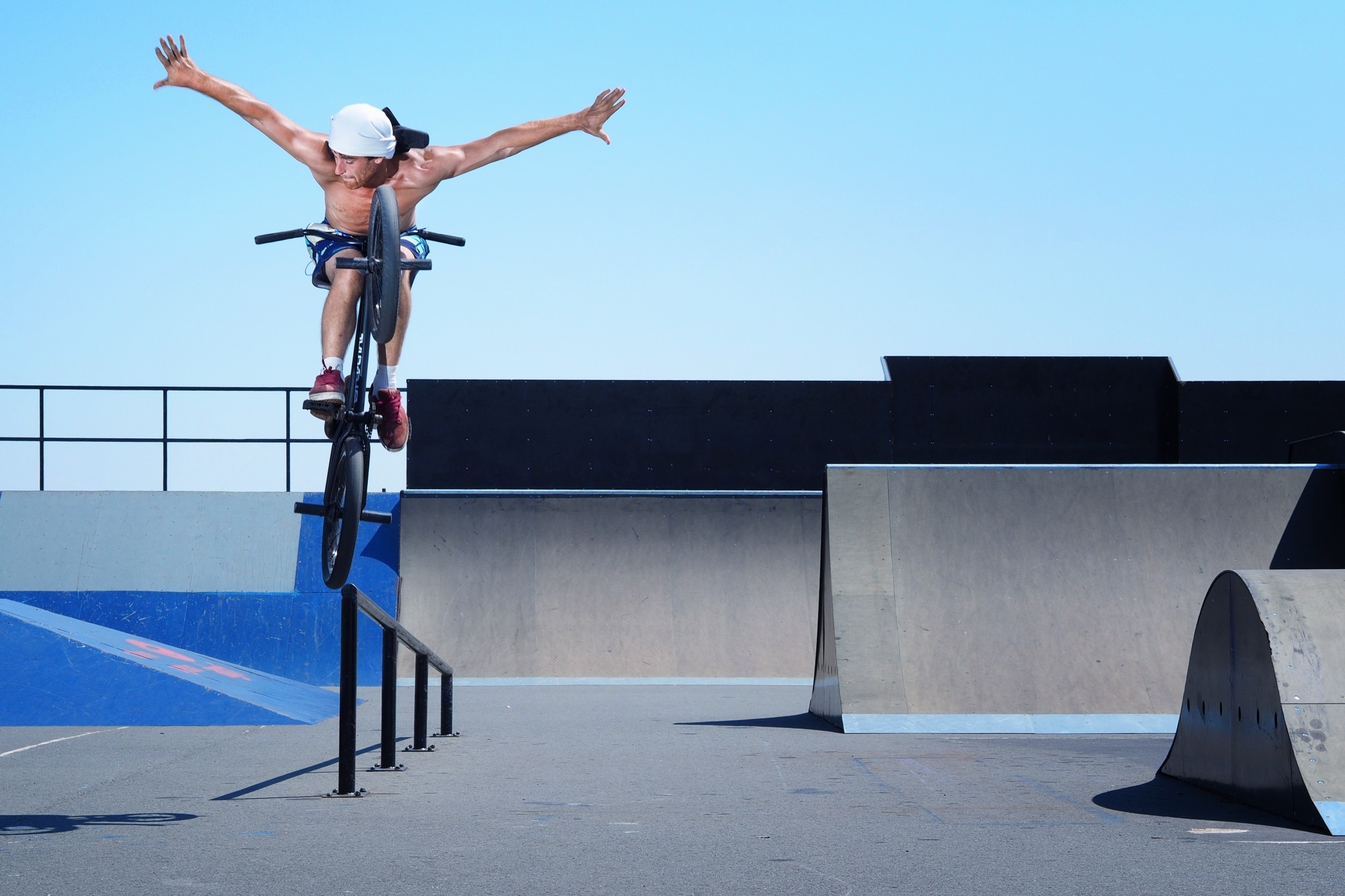 The photo with Michal Šmelko was taken at a bike training camp for young boys in Olomouc. I was invited to tell the boys something about shooting this sport and to give them tips for communicating with a photographer to achieve the best possible result.
The photo shoot took place at high noon under direct sunlight on hot concrete, which is far from ideal shooting conditions.

What caught my attention at the skatepark was a short railing with a clear background. In combination with light from above, it created interesting shadows. As with other sports photographs, it was crucial to hit the right timing.

I wanted to capture the biker in flight with his arms spread out and I didn’t want the bike to touch the railing. That wasn’t easy for either of us. The trick was done in a few seconds and therefore the most important thing was our communication before and during the trick and our concentration. Surprisingly, we managed to do it on the third try.

For the shooting, I used only one external flash from Olympus. Its power output isn’t very high but for our purposes it was enough. I put it in front of the biker in the angle of about 30 degrees and I triggered the flash at full power which gave me limited time. 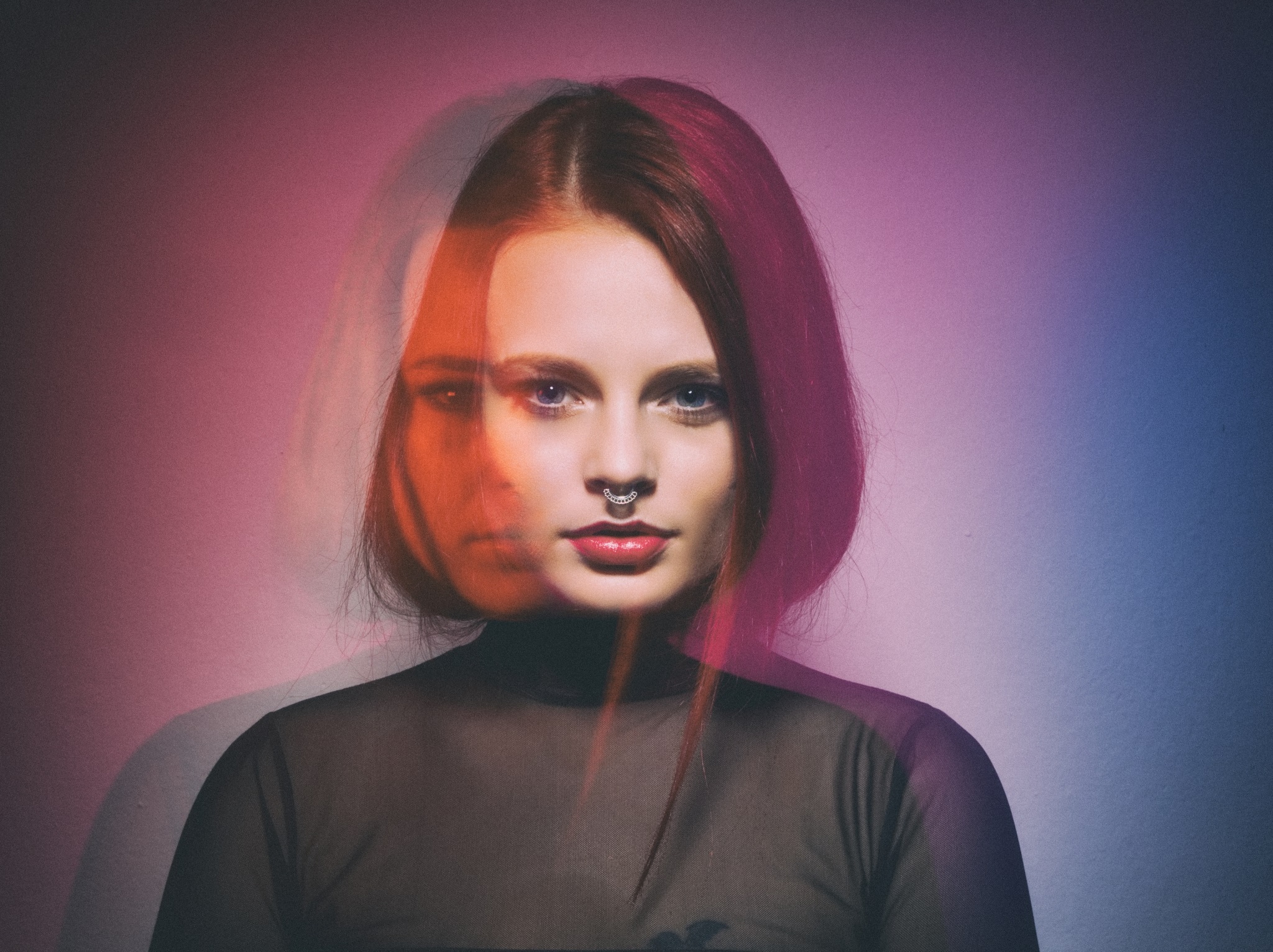 In portraits, I like to play with colours and a photo with a ghost effect had been on my mind for a long time. I asked Tereza to model for this photo shoot and she was happy to agree. I’d always shot different than classic portraits with her. To get prepared for the photo shoot, I went to a stationary store and bought colourful exercise book covers. I often think about how to implement my ideas in household conditions. I used the covers as colour filters, I just adjusted them so that they fit the LED lights.

The photo shoot took place at my home.

There were several working variants, but the winner was this simple photo.

I used two Terronic power flashes: one from above with a beauty dish on, so that I could freeze the model by a moving camera; the other one stood uncovered behind the model to light the background which was a white wall.

I also used two LED panels – I put them on the sides of the model and set them at the maximum luminosity.

The ghost effect was easy to achieve – I made a left-right and back motion with the camera while using a long exposure time and a flash set above the model. 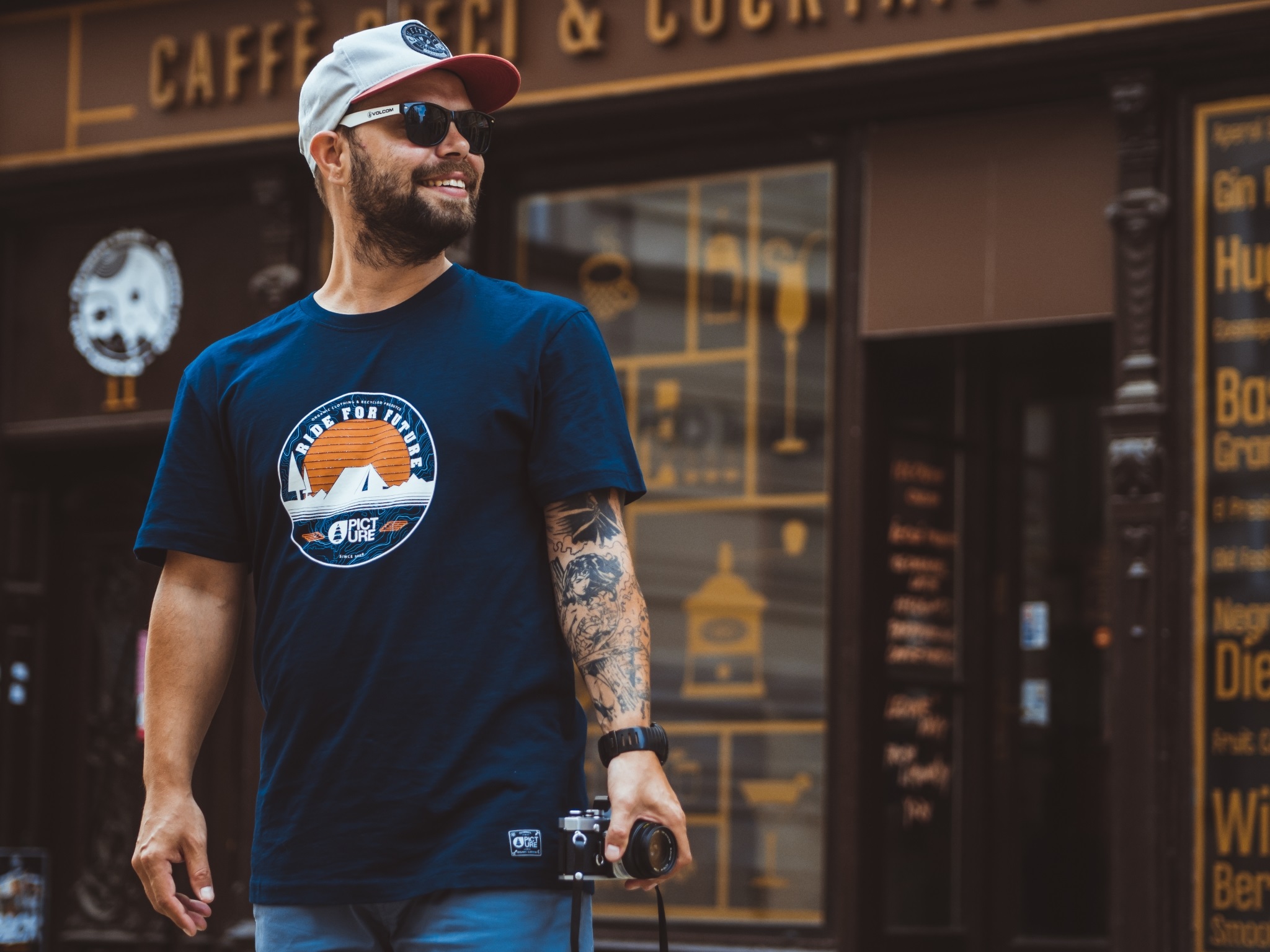 A photographer and a lecturer from Olomouc. His genre is portrait, sports, and product photography. David also leads basic photography courses all over the Olomouc region. He is also a part of big sports events in the republic and works with local brands. He became an ambassador of Olympus Czech Republic brand in 2014. His photography equipment is camera Olympus OMD-EM1 Mark2  & lenses. 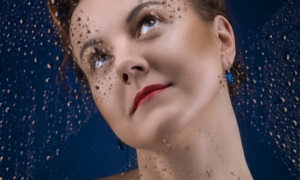 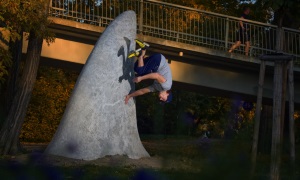 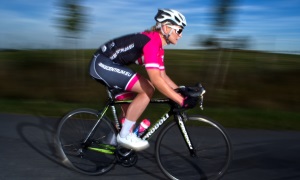 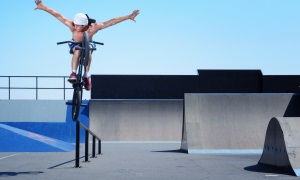 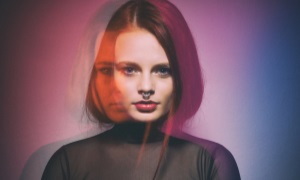 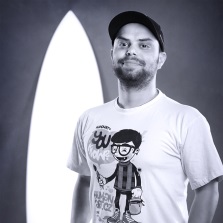 A photographer and a lecturer from Olomouc. His genre is portrait, sports, and product photography. David also leads basic photography courses all over the Olomouc region. 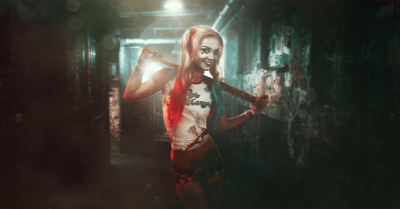 Radovan Bartek is a professional freelance photographer and retoucher. He works in a very close cooperation with Stanislav Petera. He is a retouch and montage lecturer at Light Garden Academy. Most of all, he enjoys taking creative cinematic photos. Here you can have a look at some of them and read about how they were made.
09.03.2020
Radovan Bartek 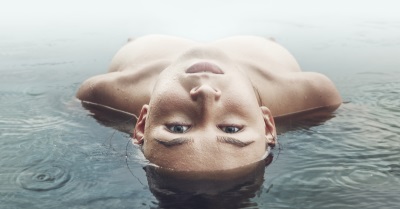 My friends from FOMEI asked me if I’d like to present 5 photos of mine. I accepted this offer, but writing is not really my thing, so please take that into account while reading my comments to the photos. I’m quite a good photographer but a pretty lousy writer.
24.02.2020
Alexander Šurlák - PanDagraphy

So now it’s my turn to share some of my work with you and to tell you about the creation process. I made the selection out of all my photos I took in the last few years. I think these five represent me well and, at the same, there is a story behind each of them which is worth mentioning.
12.02.2020
Jan Novák 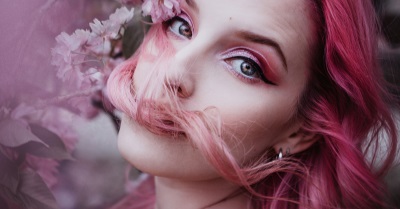 I’d like to share with you 5 of my favourite photos from the last year and tell you how they were created. I mostly shoot female portraits in which I kind of transform women into muses, fairies, and wild women. And there’s usually a touch of glitter! I like bright eyes and I consider them to be one of the most important things in a portrait. That’s why I can’t do without reflector panels which help me get light into eyes. If there is no natural light, I rely on LED lights – most often FOMEI LED RING SMD 23W and FOMEI LED LIGHT SLIM 15W.
30.01.2020
Weny Bittner 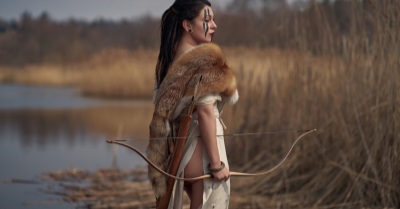 I’d like to introduce you to five of my pictures, each of them accompanied with a short text. They are not necessarily my best photos but I’ve chosen them because I find them interesting. To be honest, I’m not quite sure that I would be able to pick five best photos of mine because I try to keep improving and that makes me look at my old shots in a different light.
16.01.2020
David Šanda
International Distributors and Resellers

We have more than 30 years of experience
Use the advisory service of our specialists
Choose from 4 163 items in our e-shop.
We are able to ensure service until the end of the lifetime of the product.