The company does not make only her name, but mainly the people who work for it. That's why we decided to create our logo, in cooperation with Dan Vojtech, from the people who are caring about you and moving your work a step further.

How did we come to the idea of our new logo?

At the FomeiTop exhibition, the photographer Dan Vojtěch said: "I am collaborating with Fomei for a long time, I often meet with workers in Hradec Králové. It is a great group of people and what is nice, Fomei team does not change. I wanted to express that there is a stable and energetic team behind the Fomei brand. I liked the idea of creating a logo from the staff, and I was thinking of using battery strobe flash. Every worker holds a flash which is strobe on the photo. This light can express the energy of the "fomeják" individual but they together create Fomei."

The logo of Fomei was created at the logistics centre in Hradec Králové. The whole photo day was prepared to make the photo shoot fun for both the staff and the photographer and his team. An important thing about the photo shoot was that the asphalt surface had to be irrigated regularly so that the photographer had a monolithic black background that was attracted by the special gloss due to the water. For a perfect shot from the top, we have secured a ten-meter high lift platform for Dan Vojtěch.

Backstage video from creation of logo 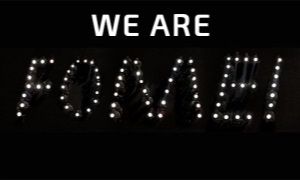 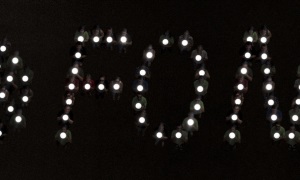 We have more than 30 years of experience
Use the advisory service of our specialists
Choose from 4 353 items in our e-shop.
We are able to ensure service until the end of the lifetime of the product.