The deadline frequently represents the biggest motivation. At least for Dan Vojtěch in the moment when he found out that the deadline for entry in the Red Bull Illumme competition is near. And because having new photography for every competition is important for Dan, he had to quickly come up with two projects where he could use light in some creative way.

„I had two ideas on my mind, which had to be realized in a few days.“ 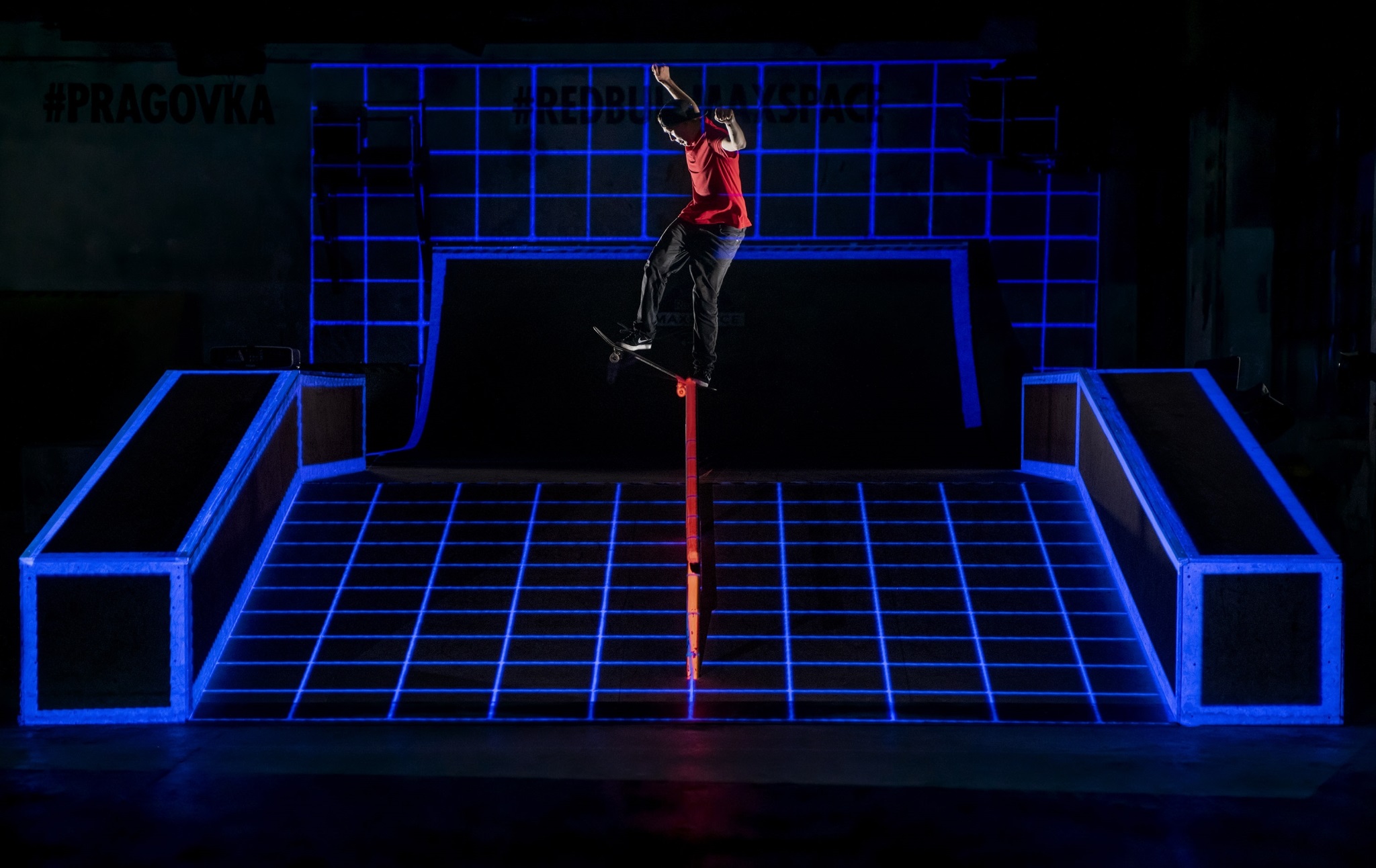 „The first idea was to involve a videomaping into an illumination of skate photography. For shooting, we had borrowed Max Habanec‘s training hall, Red Bull Max Space. I contacted our friends – Eli and Gomi from Lunchmeat Studio and a skaterboy Jakub Imramovsky – for cooperation. They were excited by the idea of a quick photo project and I am very grateful for their professionalism.“ Dan said.

What was needed to realize your project?

Dan Vojtěch:
„To arrange the lights in a way, that they weren’t interfering into the videomaping was the biggest challenge. To achieve the light to shine only at the rider I used the honeycomb grid for the FOMEI Digitalis Pro TX600 flashes.“

Ondřej Eliášek and Gomi from the Lunchmeat Studia:
„Three projectors, a lot of cables, two computers and big stands. We measured and mapped the whole space in the Resolume Arena. The way it works is that one of us is sitting behind a computer and the other one navigates the movement of the lines into the right perspective. The whole process of mapping took about 4 hours.“ 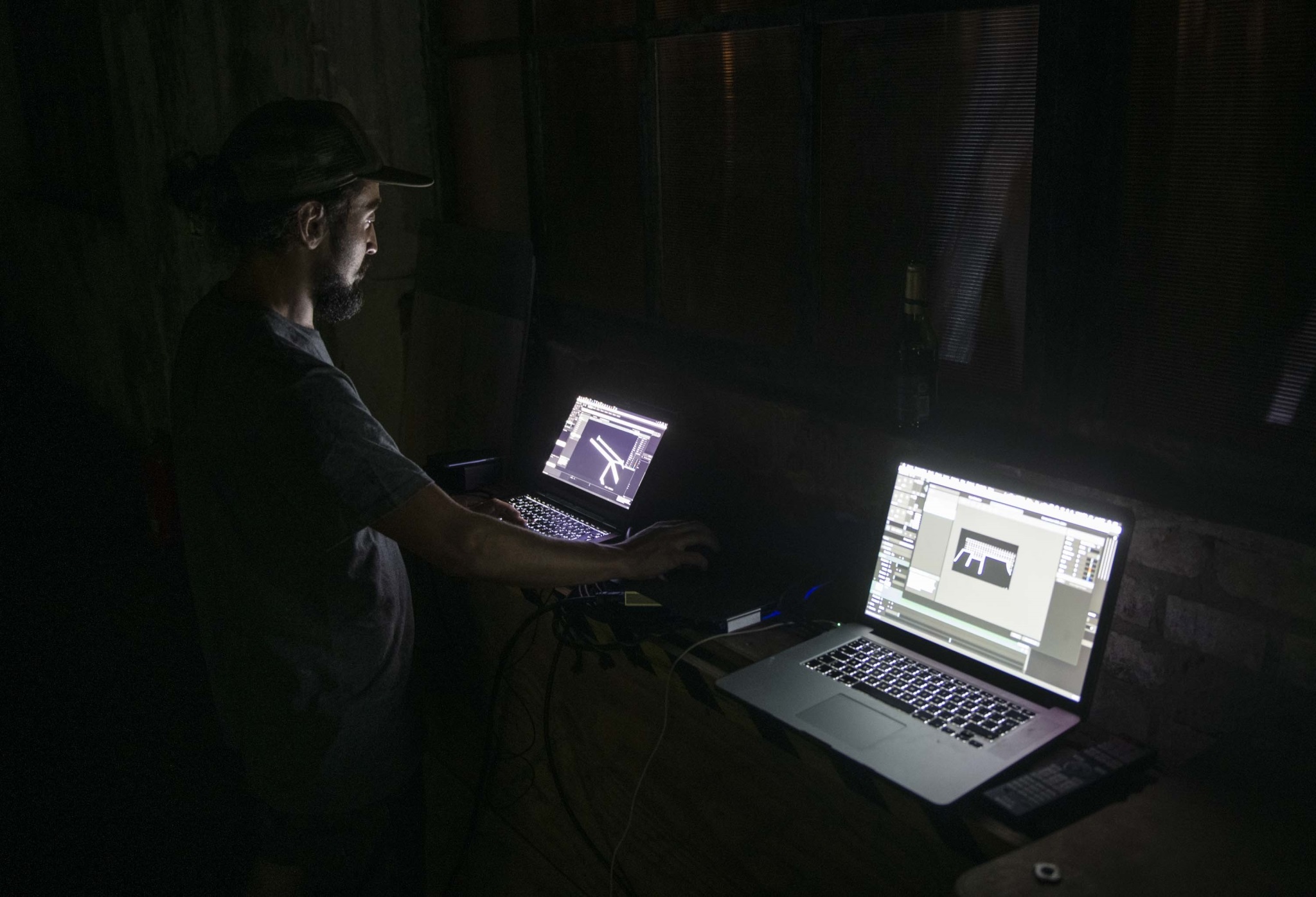 Jakub Imramovský, skaterboy:
„It was an amazing opportunity and it was interesting to watch guys set everything up. Given the fact that it was 3 A.M. and quite dark the skating itself presented the biggest challenge. Because of the dar, it was hard to do any tricks so I had to rely on my memory. But despite that, the shooting was fun.“ 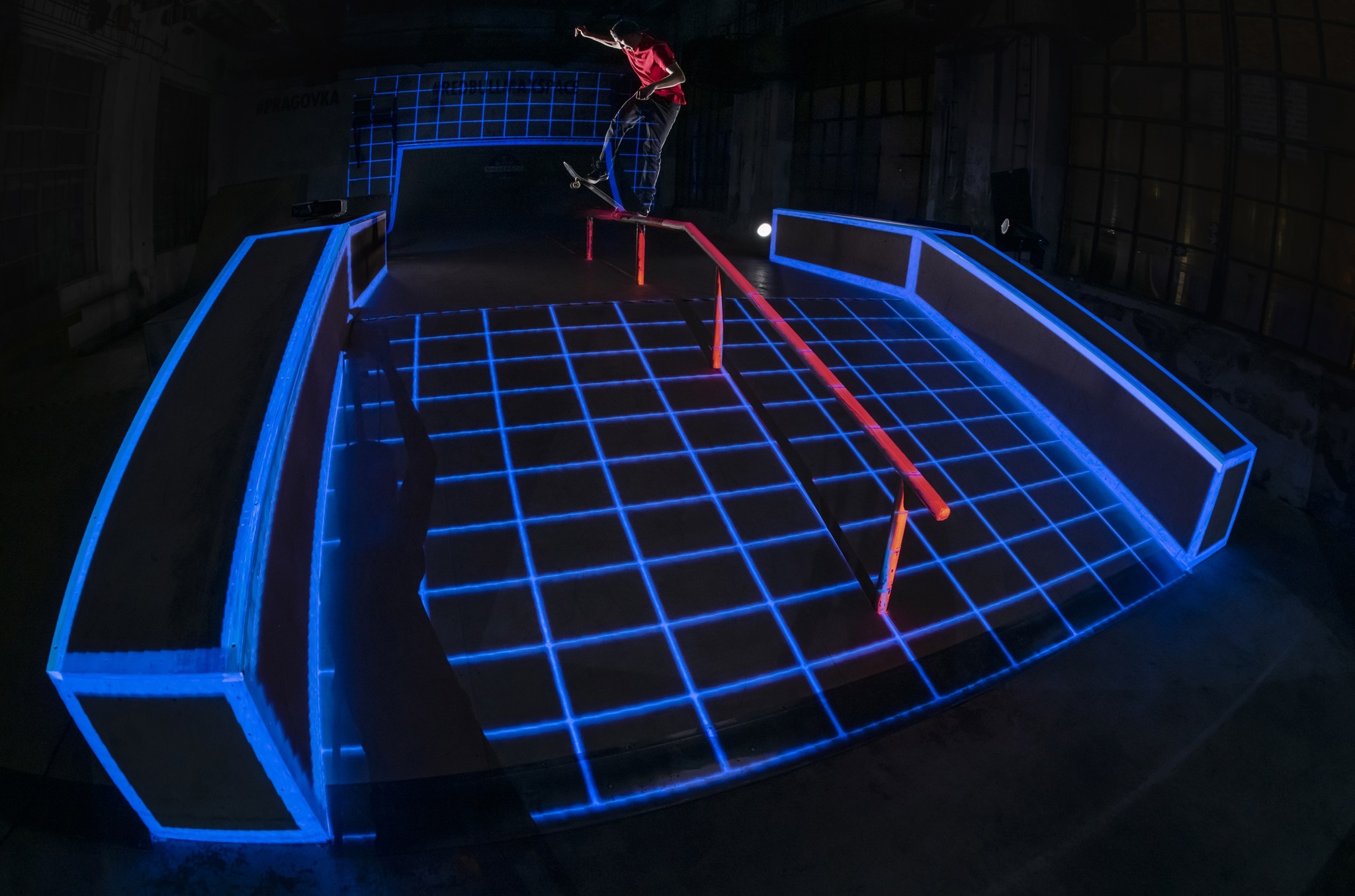 On the peak of the rock with Petr Kraus

The second photo project brought Dan back to the place where he once did a project called „Planets“ – to the Panská skála. With the offer of cooperation, Dan approached bike trial legend Peter Kraus and Daniel Pék from Foto-heli.com who is a drone specialist. The idea was spectacular from the beginning – Peter, who was on the peak of the rock doing tricks on his bike, was illuminated by the battery flash. The drone (with a lifting capacity of 2.5 kg) was used for an attachment of the FOMEI Digitalis Pro TX600 flash. 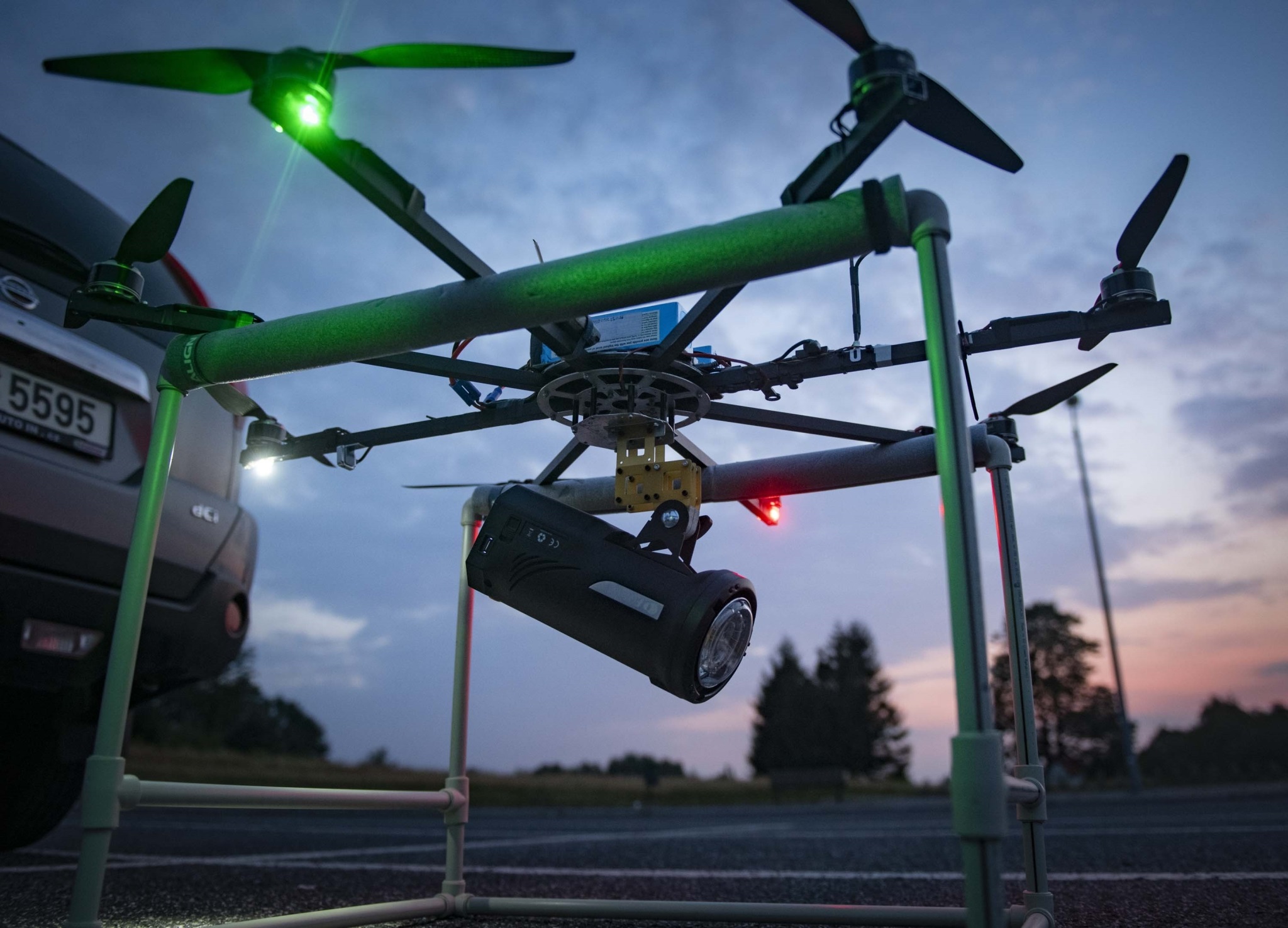 Dan Vojtěch:
„Everything worked fine – we could easily control the drone and the flash from the 150 m distance. It was hard to focus the camera in such dark – we had to use a powerful LED pilot thanks to which we could saw to where will the flash shine.

Petr Kraus, bike trialist:
„I’m following Dan’s work, so I knew that his idea was going to be really good. Panská skála is a beautiful place, but we did not think about a specific place or a specific bike trick. It’s not even possible, at least not before you go and check the place for yourself. So when we went there during the day it was obvious that it was going to be an interesting ride. On the peak of the rock were sharp rocks, not any safe place, and I was balancing on the front wheel – it was all harder because of the strong side wind and the dark. The only light was provided by two fireflies on the ground and by the drone with a flash above me. My eight years old son was watching when I was standing on the peak of the rock and only eight inches separated me from a deadly fall. It was a challenge to stay calm and focused so I wouldn’t make a mistake.“ 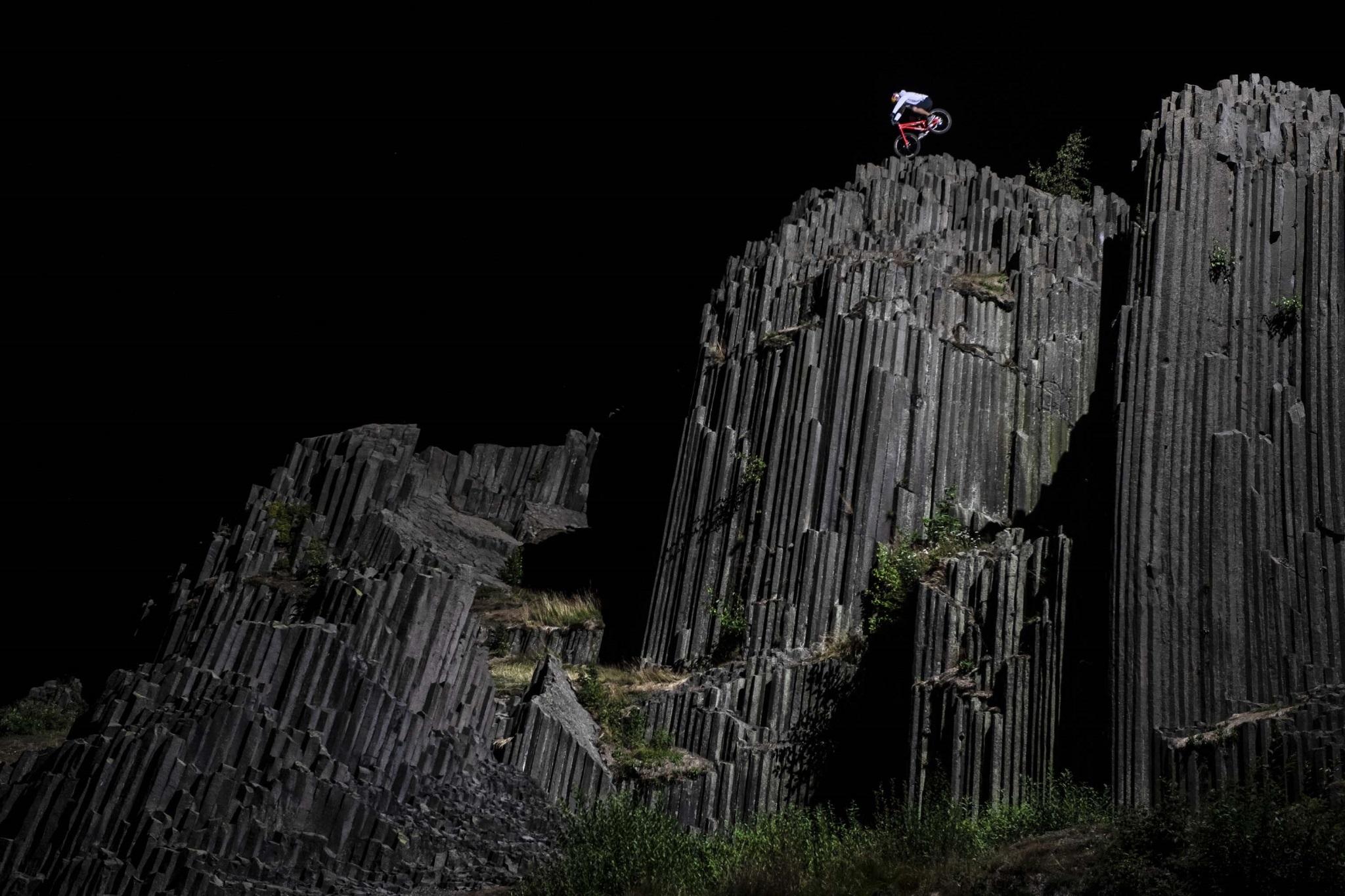 Daniel Pék, Foto-Heli:
„For this project, we've decided to use an Octocopter with a special flash holder. As Dan requested the flash was attached in a 45° angle. The flight weight of the flash and Octocopter altogether was 6.9 kg and the maximum time of the flight was 8 minutes. We managed it all in two flights and the good thigh was that the frequencies of the drone and the flash weren't clashing. It all worked without any problems.“ 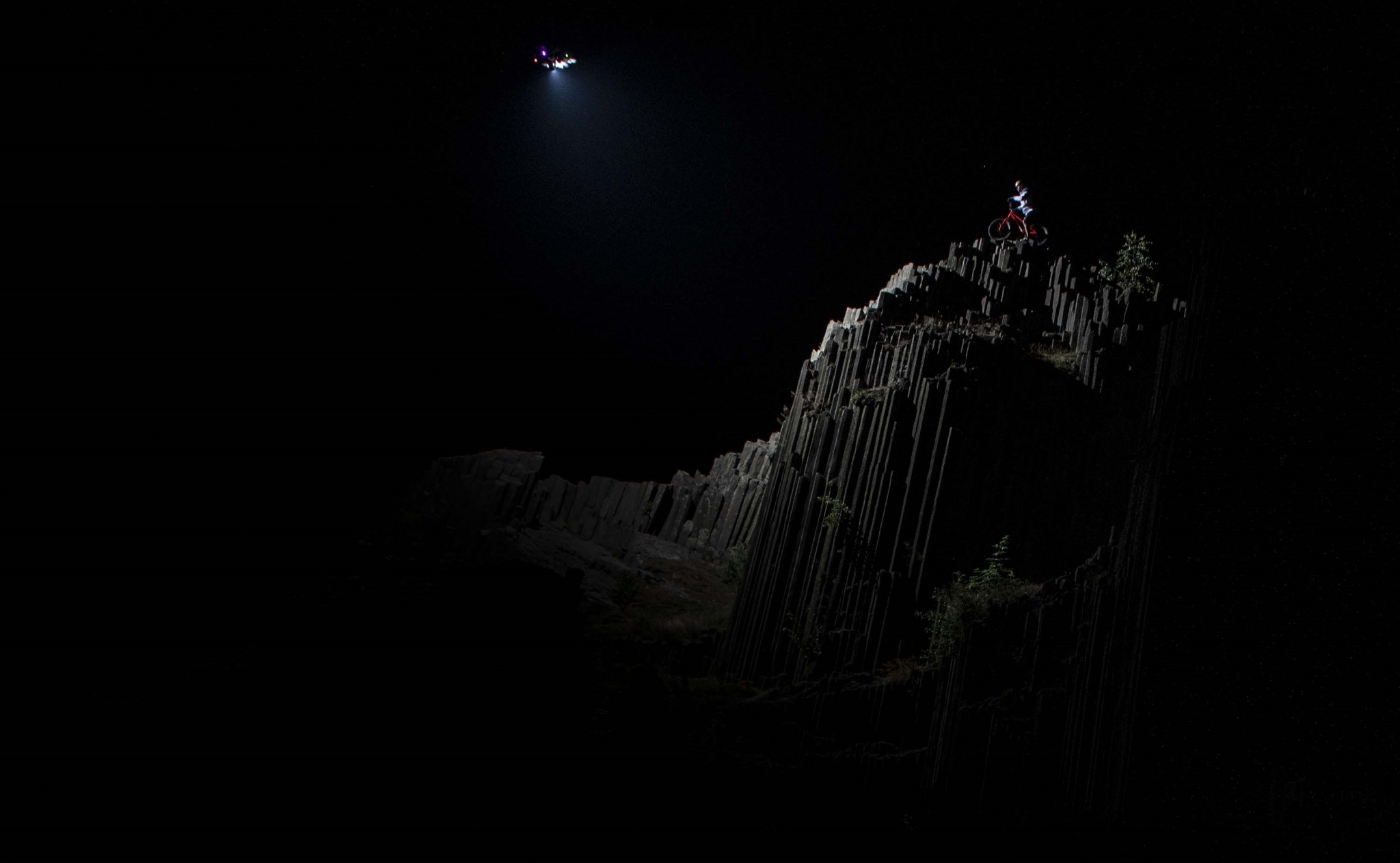 „It’s not a certainty that photographies will be successful, but for me the important thing is that I had the chance to realize those projects,“ pointed out. 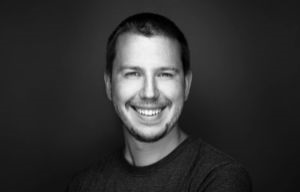 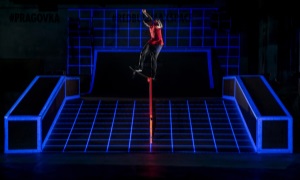 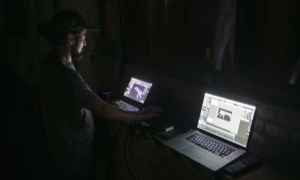 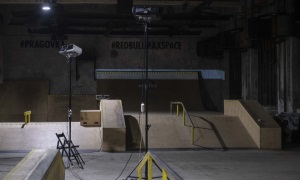 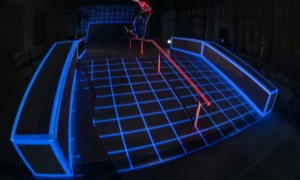 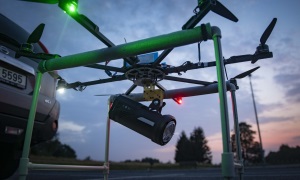 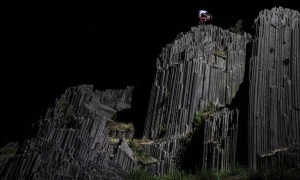 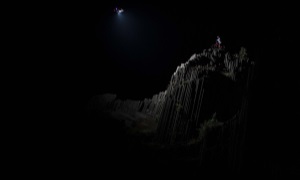 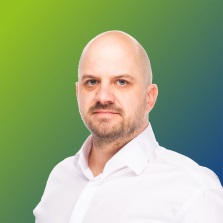 Rene directs the development of our studio lighting system product lines. He is also head of an SLS department in our company. His duty is to take care of the main customers and partners worldwide. He is a founder of FOMEI Ambassador and Photographers projects. Since late 2019, he is also responsible for FOMEI SLS RENTAL program.

We have more than 30 years of experience
Use the advisory service of our specialists
Choose from 4 162 items in our e-shop.
We are able to ensure service until the end of the lifetime of the product.